Just in News « Maybe it won’t happen in my lifetime, but it will happen »: Maryam Zohdi hopes Iran will ease censorship 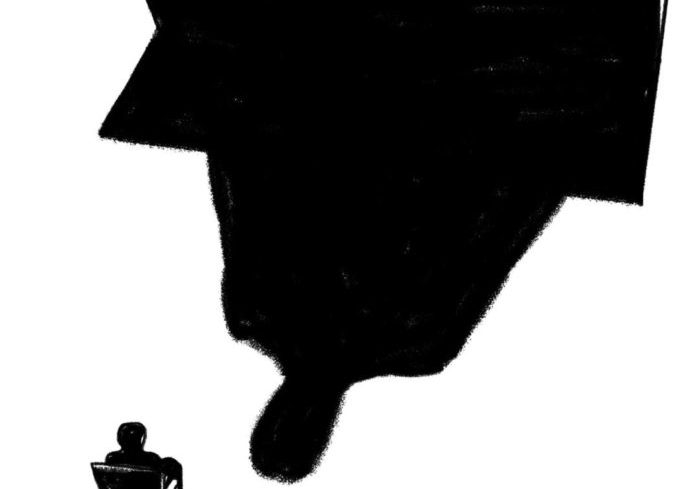 Iran has a long history of censoring the arts and literature. This began well before the 1979 Islamic Revolution, which toppled the US-backed Shah Mohammed Reza Pahlavi’s regime. In 1981, Supreme Leader Ayatollah Khamenei vowed to eradicate ”deviation, liberalism, and American-influenced leftists” and formed the Ministry of Culture and Islamic Guidance to censor books deemed to be in violation of Islamic principles. Since his election in 2013 and re-election in 2017, centrist President Hasan Rouhani’s government, which was elected partly by appealing to moderates and reformists, promised to reform the heavy censorship that defined the policy of previous administrations. This however has not materialised, and extensive censorship of the arts and literature continues today.

Recently, the Iranian Supreme Council of Cyberspace announced a new law that allows government and law agencies to monitor websites, apps, or social media accounts that have more than 5,000 viewers or members. This is all while plans are being made to launch a domestic intranet that would effectively cut Iranians off the global internet. This has created added anxiety amongst writers, who are already struggling with tight censorship laws.

Guiti News: Can you tell us about yourself and your history as a writer and a poet?

I was born in Tehran. My mom was a journalist. My dad was a journalist. I started writing when I was in school, at maybe 10-11 years old, in my own private notebooks. I didn’t want anybody to read them. After a while, they became two or three books of poems.

After school, I studied French literature at Daneshgah-e-Meli, the same university as my mother’s, but it was very different because I was there at the time of the revolution. In photos of her time, you can see nice students, a nice atmosphere, and everything was colorful. But when it turned to my time, it was the revolution. We had to wear mandatory hijab, the Azan (Islamic call to prayer) was played in the middle of lessons… and they would always stop and check you.

I was still writing once I got my degree, and started my work in journalism. I can remember one of my friends tried to convince me to publish some of my poems. And that friend, as a breathtaking present, gave me a handmade book of all of my poems. That was the first step to think about it. Why didn’t I have a book before that? I was thinking that if I let anybody read my writing, it would seem like I had let them in my private life…  like I had let them watch me through the window while I am changing.

I published my first book, The Forbidden is With Us. After that, I had a second collection which I decided not to publish during Ahmadinejad’s (President of Iran 2005 – 2013) presidency…. I then came out of Iran to work for the BBC.

GN: What steps did you go through with the Guidance Ministry for your first and second books?

You have to send it to a publisher, and they send it to the Ministry of Culture and Guidance. It came back with so many changes. One friend introduced me to [my publisher]… he was really enthusiastic. ‘The Forbidden is With Us’ was published during Mohammad Khatami’s presidency (President of Iran 1997 – 2005)  – when we were working during that kind of atmosphere people were saying everything is going to be a little bit better.

We had 10-11 newspapers publishing daily. This is why I thought it’s really a nice experience, even though I did have the chance to graduate and get a PhD in journalism, I didn’t because I thought it’s better to work in this field instead of going to university.

After that, I did have a second collection. It was Ahmadinejad’s (President of Iran 2005 – 2013) first round of presidency.

GN: Why did you decide not to publish your second book?

I wanted to publish the second one because it was really nice to see people interacting with [me] and speaking about [my] poems… The Guidance Ministry said, ‘we can let you do that, but with a few changes…’

I thought this is the only way that I can express myself. Nobody taught me how to speak out loud. It’s not only me, it’s my generation. We couldn’t speak strongly. We couldn’t speak outside. This was a solution for me to speak about my inner feelings. They said, you need to delete things, reshape things. It was just insulting for me. We always tried to be politically correct – not commenting on the mandatory hijab, for example. But when it comes to this, this belongs to my own private world and I’m trying to speak with metaphors, ironies… and you’re making me change them? No, I’m not going to do that.

“There are no boundaries, no specific red lines.”

GN: What can you say about the seemingly arbitrary changes which are made to certification?

There are no boundaries, no specific red lines. There are no written rules about these things. There are many, many, many decision makers. It’s not only the Guidance Ministry [who is making the decisions]. [The ministry is] influenced by many other powers. Everything [regarding censorship] depends on the situation, and the political situation in the country – it depends who is in power, who wants to do what. Today, they may make one decision and tomorrow maybe the situation has changed.

GN: If it’s not the Guidance Ministry, who is it who makes those real decisions?

I can give you an example. Just imagine that [directors] want to make a film, they go and ask for permission from the ministry. After some procedures, they say, ‘yes’. They go on and they start the project.

Maybe in the middle of the project, [the ministry] stops it. Maybe after it’s done, when the production is over and everything is completed, they say, ‘OK, you have to stop’. Maybe after everything is done and it’s been shown in cinemas and people are going and buying tickets and sitting there to watch the movie [they stop the showing].

So we cannot say who exactly [decides] these things. It goes back to power and to what’s going on under the skin of the politics in Iran. It depends. Everything is political.

GN: What are your thoughts on ‘bad’ or ‘offensive’ keywords that are banned, as listed in the Guidance Ministry’s guidelines?

It’s nonsense, it’s ridiculous. Because sometimes you see that within these words there is something like ‘wine’. When there are words like this, this doesn’t just affect my poems, it affects even people who are doing translations. When these words are banned, what’s the goal? The end product is no longer the [intended] product of the original author. It’s no longer their writing. It is misinterpreted, it is changed. Any material which reaches Iran – you can’t be sure that the content is true, that it’s not a fake version and it’s the original. It ruins everything. It’s not just that my feelings are censored. It’s much bigger than this. You can’t censor the whole world. This is what they’re trying to do.

An example of a sentence they censored in my book was, ‘kenar-e-haman khiaban harja’i shodam ba to’ (on the side of that same road, I became a whore with you). I don’t think it was necessary for them to censor this.

We can put this side-by-side of what they are doing about the internet. They are limiting and restricting further. They were talks of creating a national internet, so that we could have an internet just for ourselves [in Iran]. We can’t do this. Regardless of the political angle, you are limiting the people of Iran’s access to the knowledge of today, to science, to the arts. For what? What is this going to achieve in the end? It may turn out to be another North Korea.

“People put themselves at risk… because social media is under surveillance, but they do it anyways.”

GN: Are there any alternatives to publishing literature?

About 30 years ago when the internet was not popular there were some people who did [photocopying and publishing], in their basements. When I was in Iran, I could see some books were published like underground publishing with Xerox and photocopies.

But because we are in the communication era, and Instagram is the only platform which is not filtered in Iran, people use that. Young people in Iran are really talented and they know how to pass the filtering restrictions, and are becoming experts. But, it depends on how much you have the intention, how much you have power, how much you have money to pay for the internet. Not everyone who wants to publish their work on Instagram can, but there are people who do.

Many people make fake accounts and publish many things they want. [The authorities] have gone after people and arrested activists due to this. People put themselves at risk when they do this because social media is under surveillance, but they do it anyways.

I used to publish my pieces on my social media, on my Instagram, on my Twitter, on my Facebook. And I saw that people are making a good connection to them. This is why little by little, gradually I collected my pieces together and now I do have two collections ready to publish.

GN: Some argue that censorship allows for more creativity – what are your thoughts on this?

I totally oppose this idea. This is justifying censorship. Many people think this but I do not believe in this. This is wrong. Whatever is coming comes from within oneself. On the other hand, if there are no restrictions more will come out from oneself which will allow for more creativity. Why don’t we look at it this way?

“If it remains like this, opportunities will be darker for Iranian people”

GN: How would you say censorship affects the culture of Iran and the current and future generations of Iranian society?

Good question, because I think with this situation on censorship, we cannot resolve the main question that everybody asks these years: why is our culture [not being exported] worldwide?

This is the main reason because we don’t have anything to say in our own country. Then how are you going to take it out of our country? We do have many fabulous and fantastic artists, writers, but they cannot do what they want. They [the Government] are not letting them.

We have a filmmaker, Majid Majidi who won a Golden Bear Award. They banned him from making films again. What is he supposed to do?

This is why I think if it remains like this, opportunities will be darker for Iranian people and Iranian culture.

GN: Do you have hope that Iran will liberalise its laws in the near future?

You know, it’s a rule – it has to be like this, there is no other option. We have a proverb that says ‘dir o zood dare, vali sookht o sooz nadare’, (It may happen earlier or later, but it’s only a matter of time). It means I don’t know when, actually, but it will get to that point someday. Maybe I’m not going to see it, maybe it won’t happen in my lifetime. But it’s going to happen.