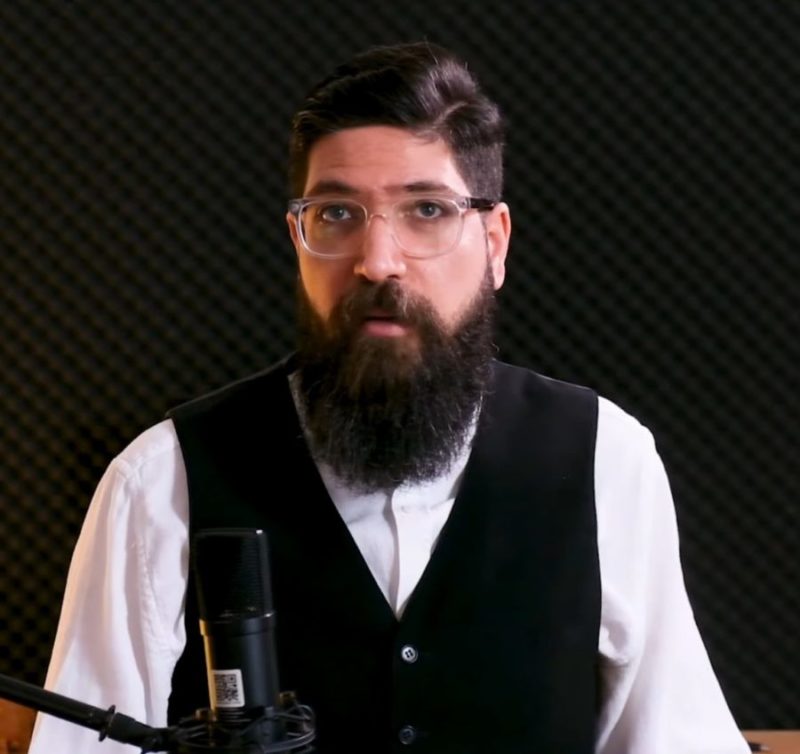 Kevork Almassian, an individual of Armenian origin from Aleppo, Syria, and a fervent supporter of Bashar al-Assad’s regime has found himself facing the annulation of his refugee status. The conservative German outlet Die Welt was the first to report the decision taken by the Federal Office for Migration and Refugees (BAMF) a few weeks ago, claiming that he is not under threat or persecution. Being a well-known personality across different social media platforms, and the founder of the YouTube channel Syriana Analysis, he has gathered over 100 000 followers online overall and asserts to “bring the voices of the silenced majority in Syria”. As a consequence, Almassians’ possibility of being deported back to Syria has opened a wide debate among the Syrian community in exile in Germany and beyond.

According to the federal office, exiled Syrians in Germany represent approximately 790,000 in total from 2010 to 2019. As Germany is the European country that has welcomed the highest number of Syrians, the decision by BAMF has been followed by divided discussions and opinions for and against the revocation of Almassian’s refugee status.

“If he is deported to Syria, the regime would warmly welcome him”

“His deportation may protect hundreds of thousands of Syrian refugees”, Fakhri Al Haj Bakkar said. The Syrian media activist from Aleppo based in Turkey considers the potential removal of Almassian back to Syria as a fair judgment as his residence in Germany poses “a threat to Syrians in general and precisely to refugees.”

Like Fakhri Al-Haj Bakkar, Sameer Ahmad, a keen observer of Syria’s political situation at home and its effects within the diaspora, agrees with this concept. The 60-year-old former trader and refugee in France took the story back to the basics: he sees the presence of Almassian as a threat against refugees themselves, mainly as he is an “Assad defender”, as he calls him. “The reasons behind seeking asylum are political opinion and the impossibility to live in the homeland because of persecution or threats, so, what is the reason for his asylum if these conditions aren’t present in his case!?” he said. To him, the fact that Almassian received international protection is unfair as many people are in real need, much more than he is.

Almassian has been in Germany since 2015. After arriving from Switzerland he applied for asylum in the state of Baden-Württemberg (South-West Germany) with the incoming wave of refugees at the time. He obtained refugee status in September of the following year. As soon as he arrived in Germany,  he got involved with the far-right scene, attending meetings and speaking at conferences. He described refugees as a “weapon of mass destruction against Europe” and claimed that “integration is an illusion.” In 2019, he joined the office of MP Markus Frohnamaier, supporting the day-to-day work of the Parliamentarian and attending conferences and political events. The German far-right party AfD, a well-known anti-migration and anti-Islam party, currently sits 88 seats in the Bundestag (German federal Parliament).

Additionally, he continues his activism by supporting Assad on Syriana Analysis, a YouTube channel, gathering over 70 000 followers online and which “brings the voices of the silenced majority in Syria”. He evokes many different topics from the US implications in the Syrian war to the German government’s foreign policies in relation to the Middle East. Among the daily published Facebook videos, the ones accusing Syrian refugees for having left their country were numerous before he deleted most of them being under revision by the Federal Office for Migration and Refugees (BAMF).

His political position is clearly in support of Assad’s way of ruling Syria, however, he contested BAMF’s decision to revoke his status, saying during a live video on his Facebook account, “I’m sure that the final decision will be fair because I believe in justice!”.

According to Sameer Ahmad, Kevork Almassian is doing his job “freely on behalf of the regime’s intelligence”. He continues, “basically, the Syrians have fled their homes fearing the unstoppable and oppressive espionage on them by the intelligence which used to throw them in prisons due to their political positions, so, the danger of these men is still existing between us as this rat”. He indicated, “and if people like him remain here, it will lead to lack of confidence among the refugees which affects their psychological states. It brings us/them to a climate of fear and hard feelings that the regime is always observing and controlling our/their lives”.

Bayan Rehan, a human rights activist who resides in Germany said, “I think that if he is deported to Syria, the regime would warmly welcome him and would use his return in the frame of the propaganda [It’s safe to come back home]”. She observes, “regarding the considerations of recognizing him as a threat against refugees, I think he is already doing his job with reporting people, and I assume that he is always in contact with the regime, so he is a threat whether he stays in Germany or is deported to Syria”.

His political views: a motive for the revocation of his asylum status

On the other hand, some opinions see the revocation as taken in relation to his political views rather than the evolution of the situation in his home country.

Dr. Mohamad Katoub, Policy and Advocacy Manager of the Syrian Center for Media and Freedom of Expression, thinks that the revocation of Almassian’s status, as well as lifting the ban on removals and deportations to Syria, opens doors for different treatments in terms of the ways Syrians are protected – or not. “In the case that the deportation of Almassian is going to be based on his political positions – which I do not think so – then, it is unacceptable, and if we think a little, we will find out that it opens the door to deport more people based on their political positions. So, what we can observe is that policies of countries change, and we must not accept deportations, and we must always think carefully of the positions of other countries”, Dr. Katoub said.

In general, the removal or deportation of any refugee who is involved in crimes or positions that threaten the security of the host country does not violate any of the laws or international treaties of asylum. The criteria deciding whether political views may be considered a national threat are very tight.

The Syrian Center of Media and Freedom of Expression unveils through its joint statement the risks of the changes of European asylum policies regarding the non-refoulement principle. Under international law, this principle forbids a country to force asylum seekers from returning to their home country if they face a threat and danger of persecution. The center has been observing these changes since the end of 2019.

“The reasons for the changes made by the governments of these countries have ranged from reports claiming improved security conditions, which is in clear contradiction to European and international reports, to those which are based on Article 32 of the 1951 Refugee Convention. The latter includes an exception to the principle of non-refoulement and allows the expulsion of a refugee against whom a final ruling has been issued for committing a crime that poses a danger to the society s/he lives in. However, the reliance on this Article ignores the limitation regarding the exception to the non-refoulement principle, which is contained in Article 32 itself”, includes the statement.

BAMF seems to consider that Almassian is no longer under threat or persecution. As it is indicated on the official website: “the law requires the Federal Office to revoke the recognition of entitlement to asylum and the award of refugee status if the preconditions for them no longer apply. This is the case for instance if the persecution situation has permanently changed or become inapplicable and those concerned would no longer face danger should they return”.

Like many other signatory countries of the 1951 Geneva Convention, the possibility of withdrawal depends on a panel of reasons such as war crimes or a serious criminal offence committed outside the host country, actions that contradict the values and the principles of the European Union but also if the person represents a real threat.

However, a specific parameter comes into the equation: the ban on removals and deportation to Syria in Germany expired on the 31st of December. Established in 2012 and extended many times due to the war, it has been now abandoned due to security purposes like terrorism. Thus, Germany would be one of the first countries that would potentially bring back people to a war zone.

According to the Syrian Center of Media and Freedom of Expression, Germany is not an isolated case. Over the past years, some countries have slowly transformed their policies towards refugees. In December 2019, the Ministry of Immigration and Integration in Denmark also decided to withdraw the residence of temporary protection of Syrian refugees. The reasons: the security situation has improved in Damascus and the areas which are under Syrian government control.

These actions have led the center to launch an alert about the – still ongoing – devastating situation in Syria. “In fact, the Syrian Network for Human Rights (SNHR) has documented the arrest of more than 62 persons who returned during 2020 and their exposure to widespread violations, including the use of torture and extrajudicial execution. It raises serious concerns over their lives, freedom, and safety. Additionally, the deteriorating economic situation, the destruction of Syrian infrastructure, the outbreak of the Covid-19 pandemic exacerbate the situation”, reported the center.