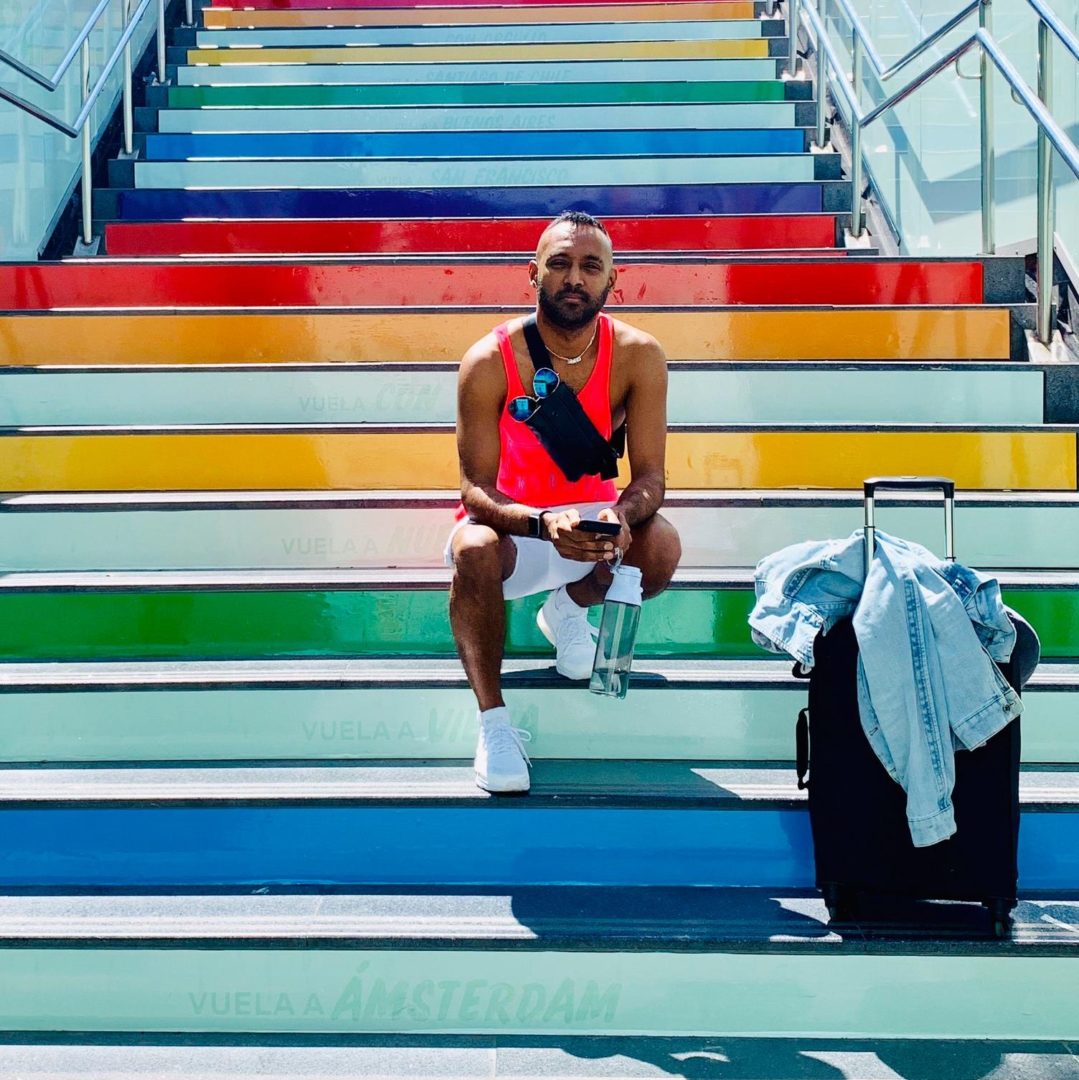 Gender-fluid fashion: A story of entrepreneurship and identity

As part of the School of Oriental and African Studies (SOAS) Film Workshop London in Motion, we explore the value of the right to work in allowing asylum seekers, refugees, and migrants to have agency and assimilation upon their arrival in a new space. This piece examines how restricted access to work and therefore money creates challenges for disadvantaged entrepreneurship and formations of identity.

I’m Teem, I have been in the UK for 16 years. I come from a country where being gay is still not accepted. I currently design clothes for gender-fluid people. I have been a refugee for nearly a year.

I didn’t even know what refugee means

I didn’t even know what refugee means and I applied for my indefinite leave to remain (immigration status granted to someone who does not hold the unrestricted right to enter and live in the UK) three and a half years ago and it was refused. And I was not made aware. I was arrested at home one morning and I was put in detention for 42 days. It was there that I was asked to apply for asylum which I did because there was no other option that was left for me.

I come from a family of five kids and an alcoholic father so there was a lot of abuse at home, a lot of fights. I’m coming from a Muslim family and that was even more stressful. So at the age of eleven, I attempted suicide. I remember waking up from that coma and there were my mum, my sister, and my grandmother there. And I just woke up, and looked at them, cried and closed my eyes for another two days.

So when I finished my GCSEs (General Certificates of Secondary Education are academic qualifications taken at the end of secondary school in the UK), I started working and running my own business by going to India, buying clothes, going back to Mauritius and reselling them. I started getting into wedding designs and arranging them as a wedding planner. So, I saved all the money I possibly could from my business and I came to the UK to study.

And then that was it. Life began in the UK. I came here and I felt very at home straight away. It was very cold. I left Mauritius it was 32 degrees and I arrived here it was minus 6. I was wearing double jeans, double jumpers, a hat and gloves, and as many layers as I could.

I was living at Croydon (a borough in south London) at the time which was completely new to me. The place was different, the house was different and I remember the first time I went to my first train station. I went to Liverpool Street. It was so big, there were so many exits, I literally got completely lost there! And I felt at home and I still feel at home. London has become my home.

I have made great friends and things change until I apply for my indefinite leave to remain. As I was not allowed to work I had credit cards and I had a little bit of savings so I have started to use my savings. The savings were over. So I started to use my credit card to pay for rent and food and maxed all of them out. I started to pay lawyers’ fees on credit cards. It all amounted to nearly 24 000 pounds (around 26.500 €) in the end.

Two years had gone, there was no news from the home office. I practically became homeless by Couchsurfing from friends to friends’ sofas. It became stressful for me, it became stressful for my friends. Depression started to hit me very very badly, I was not sure what was happening to me. I was not eating, I was not sleeping, I was not drinking. Suddenly, I’m not working, I’m not earning anything I don’t have any money to spend. I don’t have a place to live. It got to a point where I remember, on a Monday, I rang the Home Office and I said, “I’m really sorry, I can’t do this. I don’t have anywhere to go.” And then that’s where I went to live in the Home Office accommodation. I lived at Barry House with 140 other people, asylum seekers who had come through. I was there for I think about three to four months. So I came out of detention, I was still not allowed to work and it was completely, completely demoralizing.

During that time I had a lot of therapy

I had to have therapy day in day out because the suicidal thoughts started coming. Because the more I was not working, the more I was getting tangled in my brain. I got help and I then found out that we were allowed, if we had not heard from the home office for a year from the date of our application, to apply for the right to work or permission to work, which I did apply for. I was granted permission to work.

At the time, I was granted permission to work,  I was still living at the Home Office accommodation with 140 other people. I was so happy when it was granted to me it felt like life… like I was given life back again. I was offered a job by numerous different brands, fashion brands. But the Home Office said: “No you can’t do these jobs because the jobs are not on the Shortage Occupation List.” All the jobs on the Shortage Occupation List were jobs that people have a Ph.D., people who work for aerospace, or ballet dancers. And of course, I was none of them and I was not qualified for it.

I then became extremely, extremely down and stressed because even though I was granted permission to work I couldn’t work. That time it was only two years and I still had not received an outcome from the Home Office. So I went to see an MP (Member of Parliament). And then from there, he said to me: “Don’t worry. We’ll get your case moving”.

Within a month of seeing the MP, I received my refusal letter that my case was refused. But, it was refused with the right of appeal within the country. Which I did and it took another six to seven months before we even got an appeal date and by the time we got to court, it was nearly three years.

We went to court on the 5th of December 2018. I was granted my right to live in the UK there and then on the day, and under the human rights protection of being forced into marriage whilst I was in Mauritius, the last time I went there.

Then, around the beginning of January, I got a letter from the home office to say that I’ve been granted indefinite leave to remain here. It was literally the best moment of my life.

But, actually, the whole process was just so intense that I didn’t realize how much damage it did to me and my mental health. Until now I still have had to take sleeping tablets. I have nightmares. When I see a police car going around, it freaks me out. Even now that I have the right to travel – I’ve been to Amsterdam, I’ve been to Paris, I’ve been to Spain – every time you grab that passport and you go for immigration and you go for the borders, the anxiety it brings to me is absolutely crazy.

Teem Khan was born during the whole asylum process and it brings what I’ve learned from my childhood. It kind of has made me realize that Teem Khan has helped me to get through this process, a lot. It was my coping mechanism. It was therapeutic for me to make clothes and t-shirts. And every time I used to go out I used to buy a meter of fabric or two meters of fabric from Walthamstow Market ( longest outdoor market in Europe) and I would make a t-shirt because I was able to do that.

And every time I’d go out, people would normally ask me: “where’s your t-shirt from?”. I would be like, “oh I make them”. And this is how I’ve made a living and how I’ve sold a lot of my t-shirts.

After I was made redundant last year I got into the entrepreneur program, TERN, to actually launch Teem Khan and now we are in the process of launching it. There are many barriers. One of my biggest barriers now is finance, but slowly we are getting there. We launched the first collection last year in November at a pop-up store and that went pretty well. Hopefully, we will launch another one soon at the end of March.

I classify my design to be gender-fluid, I don’t believe that fabric was made especially for women or men. I am creating with Teem Khan something which will be called ‘Teem and her and we’. So I can wear it, you can wear it, we can wear it. My inspiration comes from myself. I design and I make things that I would wear, and most of the time people love what I wear so it’s a win-win.