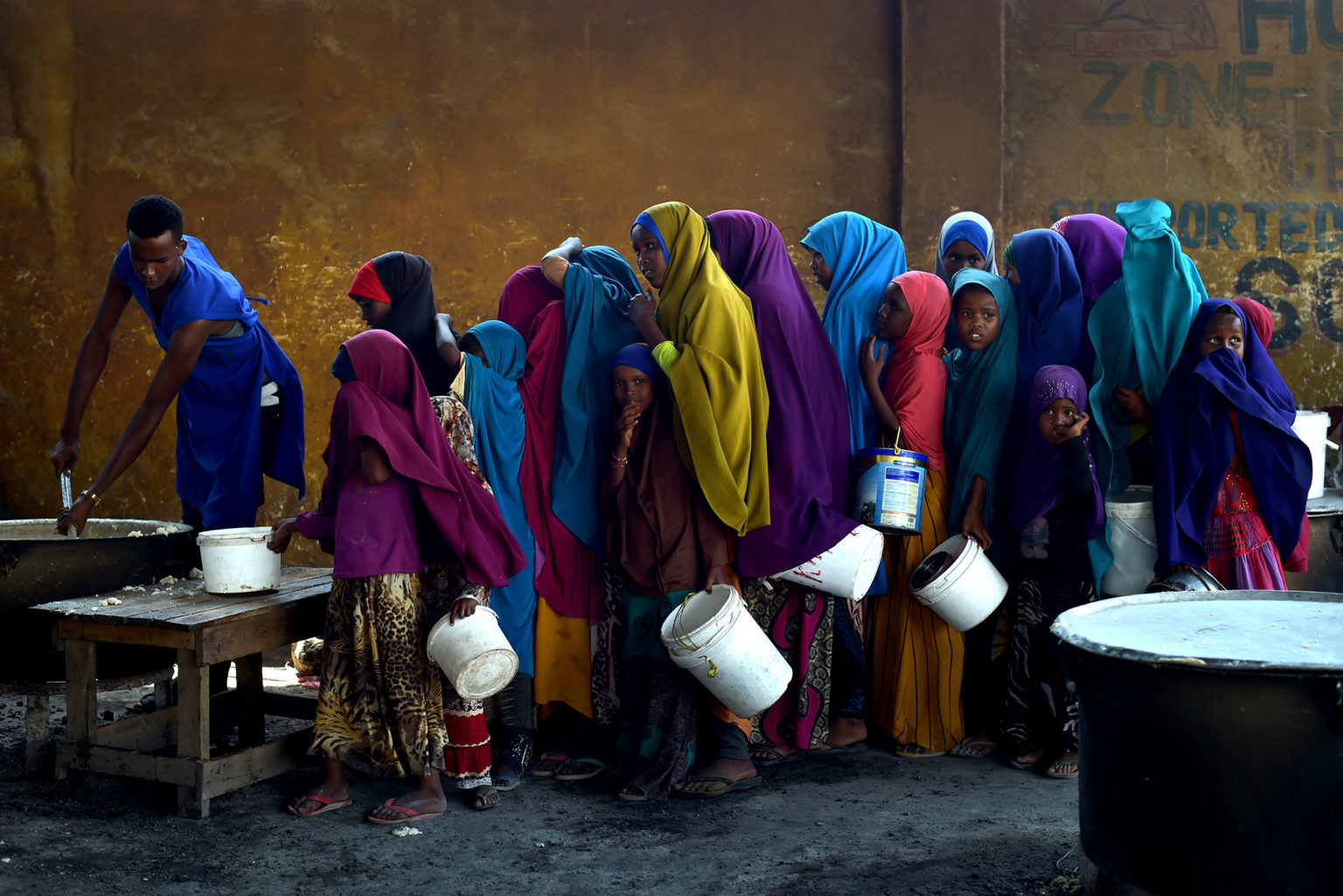 “Let us show solidarity, my brothers”: the story of an unexpected ecological awakening

In this both intimate and political opinion piece, Liban Douale, a young asylum seeker in France, draws an analogy between his childhood in Somalia, cradled by nature and the wisdom of his father, and his awareness of global warming upon his arrival to Europe. He urges his fellow human beings to mobilise and act quickly for the planet.

I am Somali, I grew up in the bush. Global warming? I had never heard of it before I came to Europe.

In my country, we express ourselves by using proverbs. So, for this article, I have chosen a proverb that will help you understand my culture and my connection to nature:

A report by SIPRI (Stockholm International Peace Institute) was published in 2019 in Stockholm on my country, Somalia. This article published on October 23rd alludes to 2.6 million displaced Somalis.

The report states that 94% of Somalia’s nomadic population – like livestock farmers – currently live in poverty. Climate change makes regular pastures unusable, forcing livestock farmers to move their livestock to areas likely to put them in conflict with agricultural farmers. The effects of climate change have also increased the number of internally displaced people in Somalia. They are exposed to recruitment efforts from groups such as al-Shabab*, changing the demographic and ethnic makeup of areas.

The terrorists arrived in my village, Bulaa Gudud, in 2008. These armed groups take advantage of the weakening of our resources, which adds to the prevailing insecurity marked by 25 years of civil war from clan warfare.

“Many people prefer to go to al-Shabab courts because they are less corrupt, and their decisions are enforced because al-Shabab can still use force to survive. Of course, this is something that directly undermines the whole state-building process,” said a United Nations Assistance Mission in Somalia (UNSOM) officer quoted in the report.

From the wisdom of my father…

I didn’t go to school, all that I know I learned from my father, my family, my village, my animals, and nature. My father is a Sufi Sage (Sufism being a mystical branch of Islam); I always saw him talking to trees, to the air, and birds. For me, as for my friends, nothing is more normal and taken for granted.

Once, a hawk came and rested on his shoulder. It came when he was teaching students who came from sometimes far away to live with us and to be trained in the art of being in the world, in God, according to my ancestors’ direct line of centuries-old heritage.

My father was murdered by terrorists because he spoke to birds and honoured the dead, our dead, those for whom we build mausoleums. Like my grandfather’s death, it was done in the very same place where we were attacked, in the middle of a Sufi ceremony on a moonless evening.

Dying, in my country, is a reality realised when you wake up in the morning because you don’t know if you will still be alive in the evening. It’s something real to die beheaded in public like my brother Mohamed or to lose blood while you are wanted by young people your age who want to finish the job.

I hate hyenas. Yet, I would prefer a death serving them as a meal rather than not being able to access that which upholds my beliefs. All because people without faith but who act in the name of Islam, my religion, have nothing better to do than to kill us.

… to my awareness in Europe

Said like so, I imagine you can understand why bringing up global warming and environmental isues is more foreign to me than I myself am a foreigner here, far from my Somalia, still in the grip of war civil and terrorism.

On February 2nd of this year, the Ministry of Somali Agriculture declared the locust invasion sweeping the Horn of Africa a national emergency. The insects are devastating the food supply in one of the poorest and most vulnerable regions of the world. It is still ongoing.

The international community is organising itself to come to the aid of disaster-stricken populations, already very poor and like many nomads, adapted to hostile environments.

These are articles and videos I found randomly from my research on the internet that made me aware of our powerlessness in the face of the laws of nature, which we identify in our religion as a divine curse.

In Europe, I realised that global warming is a real problem for the entire planet. I realised that it associates the responsibility of this threat to highly polluting production methods, linked to consumption logics that I did not know about in Africa, and also to natural mechanisms, such as the melting ice caps which accelerates and influences the rising sea levels.

If there was no war, my land would be Eden

I am proud of my heritage and wish I could pass it on. It allowed me to grow up in an environment that knows no other stress than the fear of the lion or the search for a lost camel. I grew up in the fresh air and before fleeing my country, I never ate other than very good, fresh food.

Every day, I think of the milk of my camels which protected me from all diseases and gave me strength and energy. Even the lion, who gave me sweats and scares – I consider him a brother. We live in the same forest, that’s enough to make us the same parts of one whole.

I grew up far from the city, far from pollution, far from the ultra-sophisticated technologies that I use every day now as a young European. But unlike my new friends, I know what it is like at night to sleep under the stars and to feed myself for three months only with the milk of my camels, with neither water nor food.

I have never been afraid to walk for hours, for months, in search of pasture for my herd, day or night, or to find young people and dance our traditional dance together, the Dhanto, which is prohibited by the terrorists.

Here it is only for the car, which makes you dependent on everything. Dependent on oil and money as much as time. This makes you sick and flabby from moving around without moving. So of course, with advertisements promoting the electric car, I tell myself that progress is ultimately part of the solution to the problem of global warming.

The catch is, it’s a rich man’s solution for a rich man’s problem. Even your poor people continue to run on diesel in France. At home, like you, we say “there is strength in unity”. I do not see how to ensure a better future for the planet and its populations if the emergency is not accompanied by general awareness and a shared, united effort.

*Al-Shabab is or “the Youth,” is an Islamist insurgent group which formed in the early 2000s, with the broad aim of establishing an Islamic state in Somalia. Over the years, al-Shabab has conducted targeted and indiscriminate attacks against civilians using explosive devices, suicide bombings, and shelling, particularly in Mogadishu and Lower Shabelle. There has been a lot of civilian deaths, abuse, injury, and displacement which has been a result of inter-clan and intra-security force violence over control of land, revenge killings, and conflict between al-Shabab and Somali Government forces and African Union Mission in Somalia (AMISOM) troops. It maintains control over parts of central and southern Somalia and has recently stepped up its presence in the north.