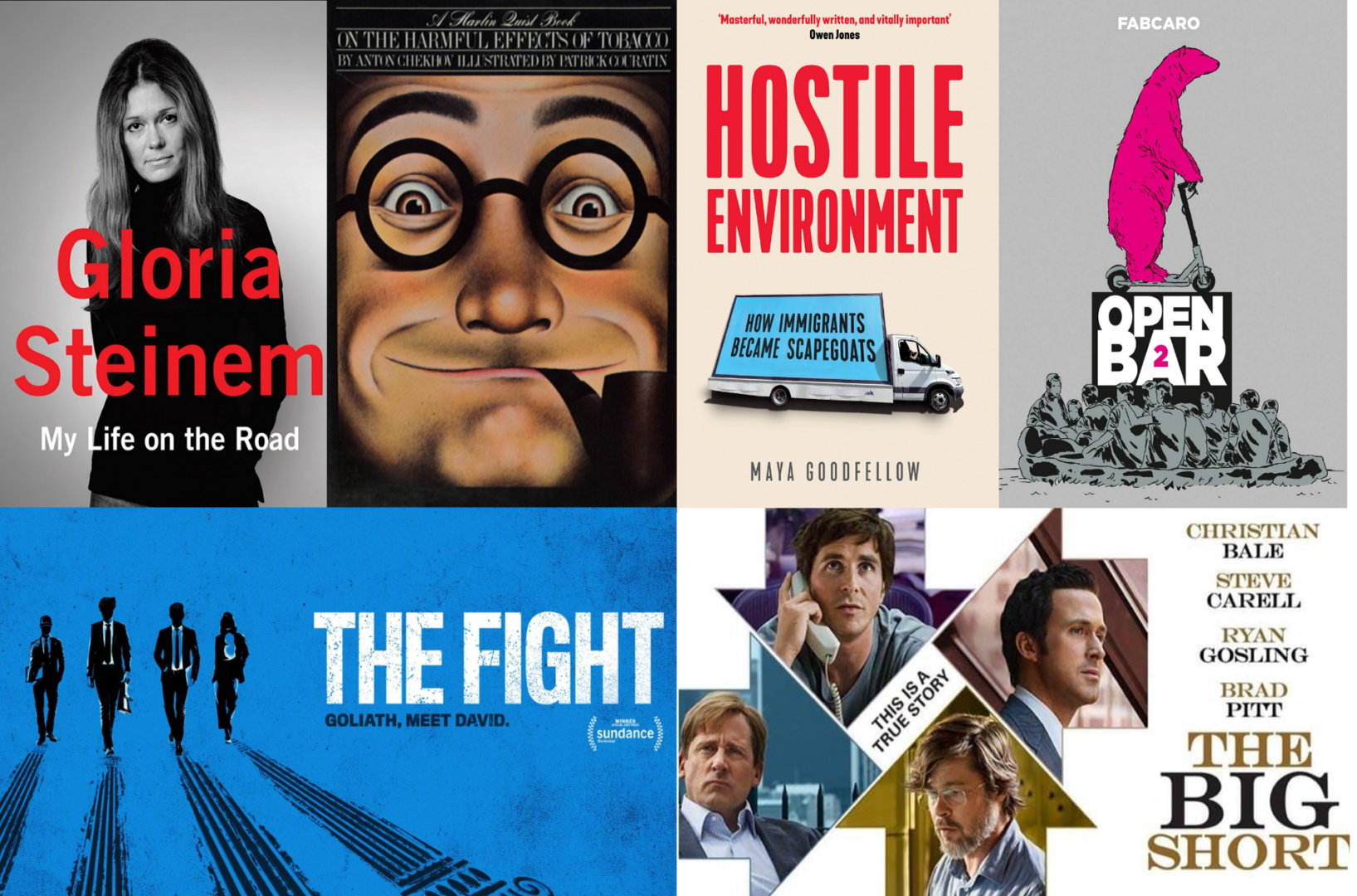 Guiti News recommends: our selection of entertaining escapes for a summer indoors

As you might not be going on holiday this year, we are sharing our selection of films, books, and documentaries for a summer indoors. Get ready to indulge in these classics, gems, and novelties.

Adam’s recommendation: On The Harmful Effects of Tobacco, by Anton Chekhov

I recently read Chekhov’s little book, On the Harmful Effects of Tobacco. It’s absolutely wonderful. There are two main aspects of the book which I like the most: firstly, when he speaks of his exile: he left Russia to go to Germany in 1904. Suffering, he joined the spa resort of Badenweiler. When he died at 44, he said the world belongs to no one. He said that wherever you will go you will have your place unless you are an idiot. I find this fair.

This book is incredibly well written! It’s true, it was a little hard for me because it is written in fairly classic old French that isn’t used in everyday life. But I had fun reading it, I gave it a good go and I appreciated its theatricality!

My favourite book of the summer is the second volume of Fabcaro’s comic book Open Bar. The author takes everyday scenes and controversial topics and reworks them with a quirky, burlesque tone. Fabcaro talks about everything: intimacy with a dinner at a restaurant, a bedroom scene, a delirious conversation between old fascists and even a teacher who tells a funny story that is completely inappropriate for a nursery class.

We can relate to it so easily that we can’t help but burst out laughing and, at the same time, it allows us to take a step back and reflect on ourselves. Usually, I’m not one from the “we can laugh at everything” camp. But in my opinion, Fabcaro’s strength is in his ability to renew the heavy humour that we knew from the 80s, the one that encourages hatred and nostalgia, to create a subtle and liberating one. It’s a masterpiece!

Aya de Yopougon is a must-read comic for all those who wish to escape this summer, following the adventures of a young woman determined not to let her life be dictated to her. Located in Yopougon, a working-class district in Abidjan, the comic follows the adventures of Aya and her friends with great humour and tenderness, exploring being a young person in the village and questions about the future and desires for emancipation. Although it is set in the 1970s, this comic has a particularly current echo in the face of contemporary feminist demands. It’s a pleasure to read!

Some never let go of their cameras. When you like the work of a photographer, you are usually drawn to the story behind their images and the messages they convey. The images are the reflection of an entire society, of a people and its culture. This is the approach of American photographer and director Estevan Oriol, based in Los Angeles since his childhood, exposing the realities of LA to the world from his neighbourhood.

His approach mixes art and violence using different types of photographs that allow you to immerse yourself in everyday life there. He displays the lives of the rappers and stars with whom he has worked since the 1980s, highlighting his Chicano culture, accompanied by his best friend Mister Cartoon, the tattoo artist of the team.

The documentary is available on Netflix.

Hussein‘s recommendation: Bin ich zu ungeduldig? (Am I too impatient?), by Sibylle Hamann

The author Sibylle Hamann accompanies a Syrian refugee, Fatima, and her three children from her arrival in Austria to the present day. Following their journey, she records Fatima’s way out of war-torn Syria and her arrival in Vienna. She writes of their hopes, wishes, feelings of disillusionment and hopelessness, and also of their experiences of hostility and insults in their daily struggle for survival in a foreign country. This is what I and countless others have also experienced. Even though I am in a different country, most of the difficulties are almost the same. .

Laure’s recommendation: My Life on the Road, by Gloria Steinheim

A tale of 60 years of fighting for women’s rights on the roads of the United States, this autobiography invites you to travel inside and outside yourself as much as to explore activism. As much as she is known as a feminist icon, Gloria Steinem is also committed to the fight against racism, segregation, and sexual and domestic violence, among various other subjects. She invites us to discover the subtlety and complexity of these battles.

Throughout the book, we are invited to observe how the struggle of women is intrinsically linked to the civil rights movement, and, more generally, to the struggles of all minorities. We also learn about other powerful women, such as Wilma Mankiller, former leader of the Cherokee Nation – who should have (but did not) become famous for what she accomplished.

It is a book that makes us question whom we reference when we talk about our history, as the leaders that we most commonly refer to are overwhelmingly male. This book widens our field of consciousness and invites us, as women, to mobilise!

Maggie’s recommendation: The Fight, by Josh Kriegman, Elyse Steinberg and Eli B. Despres

This summer I enjoyed a really amazing documentary called The Fight. This film took a behind-the-scenes look at a range of cases that the American Civil Liberties Union (ACLU) has launched against the Trump administration during his time in office. It followed four lawyers as they fought to defend the right of transgender people to serve in the military, the right of migrants not to be separated from their children, the right of US residents not to answer a new census question about whether they are US citizens, and the right of migrants to abortions. It is an incredibly illuminating documentary, which demonstrates the horrific impact of the Trump administration’s policies on individual lives. I think everyone must give this film a watch.

This book is an incredible archival critique and collection of interviews which details Britain’s colonial past and history of immigration. Goodfellow reaches depths with her research, deconstructing Britain’s role as a Commonwealth power and its immigration policy which she proves as undeniably connected to the quest to maintain racial purity.

This powerful book arms us with the knowledge we knew existed but did not have the evidence or resources to articulate. It illuminates and re-affirms the reasons behind Britain’s toxic present-day attitude towards refugees and migrants, and shows that the Windrush scandal was not a deviance from the norm but in fact an expected and calculated measure born of Britain’s long, deep-seated history of white supremacy. It is written bravely, eloquently and with incredible attention to detail. It is a must-read for all.

Manon’s recommendation: All the Blue Of the Sky, by Mélissa Da Costa

Émile, a 26-year-old young man diagnosed with early Alzheimer’s decides to spend the end of his life travelling the roads of France in the company of Joanne, an enigmatic young girl he meets on the day of his departure. This book, with its very endearing characters, is a great opportunity to explore the Pyrenees and its authentic villages through the touching story of Emile and Joanne. It’s the perfect dose of lightness for the summer!

The movie is a dark comedy about the 2008 financial crisis and the massive economic collapse that it resulted in. Based on a true story, the film follows a team of traders and financial analysts during the events that led to the real estate market crash of 2007. Ultimately, The Big Short is quite frightening in light of the similar challenges we face today.

The movie is available on Netflix.